Carlton Weatherford is a native of Danville, VA.  During his high school football career he quickly became known as one of the best players in Southern Virginia.  His performance on the field garnered him First Team All-State honors, Player of the Year in the Region, Two Time All Region Status, Two Time Metropolitan Player of the Year, Three Time All Metropolitan, Two time Player of the Year in the Piedmont District, and Three Time All Piedmont District.  Carlton was also a participant and Virginia state qualifier in the 4x100 meter relay for Tunstall's Track Team at the State Championship Track Meet.

After a standout career at Tunstall High School Weatherford was offered a recruited walk-on roster spot with the Virginia Tech Hokies.  While at Virginia Tech, Weatherford fought his way back from a serious knee injury through hard work and determination to earn an athletic scholarship and starting role as fullback for the Hokies.  Carlton was voted a team captain by players and coaches during his final season in 2007.  Weatherford's accolades at Virginia Tech include being awarded the Don Williams Team United Offensive Award for exceptional play and leadership two consecutive years during the Hokies Spring Practices.  After the conclusion of a successful 2007 season that included an ACC Championship for the Hokies, Weatherford was recognized and named Unheralded Offensive Player of the Year by Techsideline.com.  Some of Carlton's most prestigious honors came through the nationally recognized Virginia Tech Strength and Conditioning Program under Master Strength Coach Dr. Mike Gentry.  Weatherford earned the Super Iron Hokie Strength Award twice as a starter for the Hokies.  This award is earned by Virginia Tech's strongest football players who can hit numbers set by Virginia Tech Strength and Conditioning Staff during Max Testing.

Weatherford participated in Virgina Tech's Pro Day in March of 2008 where NFL prospects were taken through a variety of tests and measurables by NFL coaches, scouts, and general mangers much like the NFL Combine.  Later Carlton attended private workouts for the Pittsburgh Steelers and New York Jets.  Carlton was also invited to participate in evaluation camps for the Canadian Football League and the Arena Football League in 2008.  In January 2009 Weatherford was the first fullback selected by Virginia in the inaugural United National Gridiron League Draft.  The UNGL was the new formation of NFL Europe in the United States in 2009.  Weatherford also went through training camps with the Sacramento Mountain Lions of the United Football League in Sacramento, CA., the Las Vegas Locomotives in Las Vegas, NV., and the Virginia Destroyers in Virginia Beach, VA.  Carlton went through camps and was briefly coached by former NFL coaches Dennis Green in Sacramento, Jim Fassel in Las Vegas, and Marty Schottenheimer in Virginia.

After Weatherford's playing career he was offered the opportunity to study and work under Virginia Tech's Strength and Conditioning staff as a Graduate Assistant Strength Coach while pursuing a master's degree in Health Promotions and Sports Performance.  Carlton assisted in the training for every Virginia Tech Varsity Athletic Team. After one year he remained on staff as a Strength and Conditioning Assistant primarily working with football and baseball.  Carlton had the opportunity to train 1st, 2nd, 3rd, 4th, 5th, 6th, and 7th rounders along with free agents for the NFL draft while working with the Hokies football team.  Weatherford also had the privilege to train National Championship contenders and Olympic qualifiers for the track and field team at Virginia Tech.

In 2010 Weatherford was invited to join the Competitive Edge Sports Coaching Staff in Atlanta, GA under nationally known owners and founders Chip Smith and Robby Stewart, who are considered innovators in sports performance training.  While at CES Weatherford trained top round draft picks of the NFL draft during a training period known as NFL Combine Training where agents send their selected college standouts to training facilities to prepare for the NFL Combine and their respective NFL pro days.  Carlton was heavily involved in prescribing and running training sessions for NFL veterans during the NFL lockout of 2011.  While at CES Weatherford trained top college prospects and high school recruits.  Carlton also designed youth programs for kids in the areas of sports performance, speed, agility, and strength for various sports programs.  Weatherford was also in charge of running multiple camps for different sports concentrated on improving athletic ability, speed, and strength.

In 2012 Carlton started Weatherford Performance Training (WPT) in Virginia.  Training locations include Danville, VA and Smith Mountain Lake.  The goal of WPT is to take an athlete and make him/her a quicker, faster, more explosive, and stronger athlete.  When you join Weatherford Performance you will get training prescribed and performed by Carlton Weatherford only.  Carlton prides himself on a blue collar work ethic and attitude because that's what worked for him.  Guess what, it takes hard work and struggle to get better.  It takes some sweat and pain to reach the top of the mountain.  At the same token there is also a science behind the training and hard work.  Carlton's work under his mentors has enabled him to develop his own training methods which are considered to be unique; however they have been tested and proven.  Weatherford's training methods combined with hard work and dedication make a powerful combination.  There is no other feeling like a strong finish and obtaining a goal that others doubt you can fulfill.  Carlton can help you work towards doing that.

Weatherford gives full credit to his Savior Jesus Christ and it is through him anything is possible. 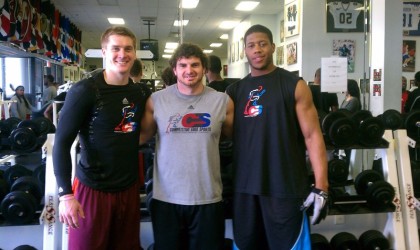 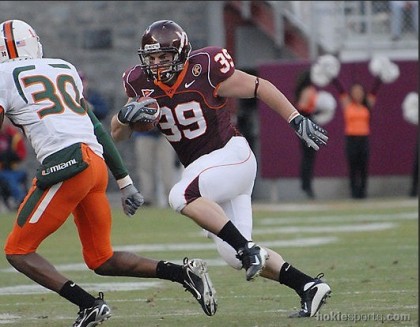 SIGN UP FOR A PERFORMANCE PROGRAM AND START GETTING BETTER TODAY!